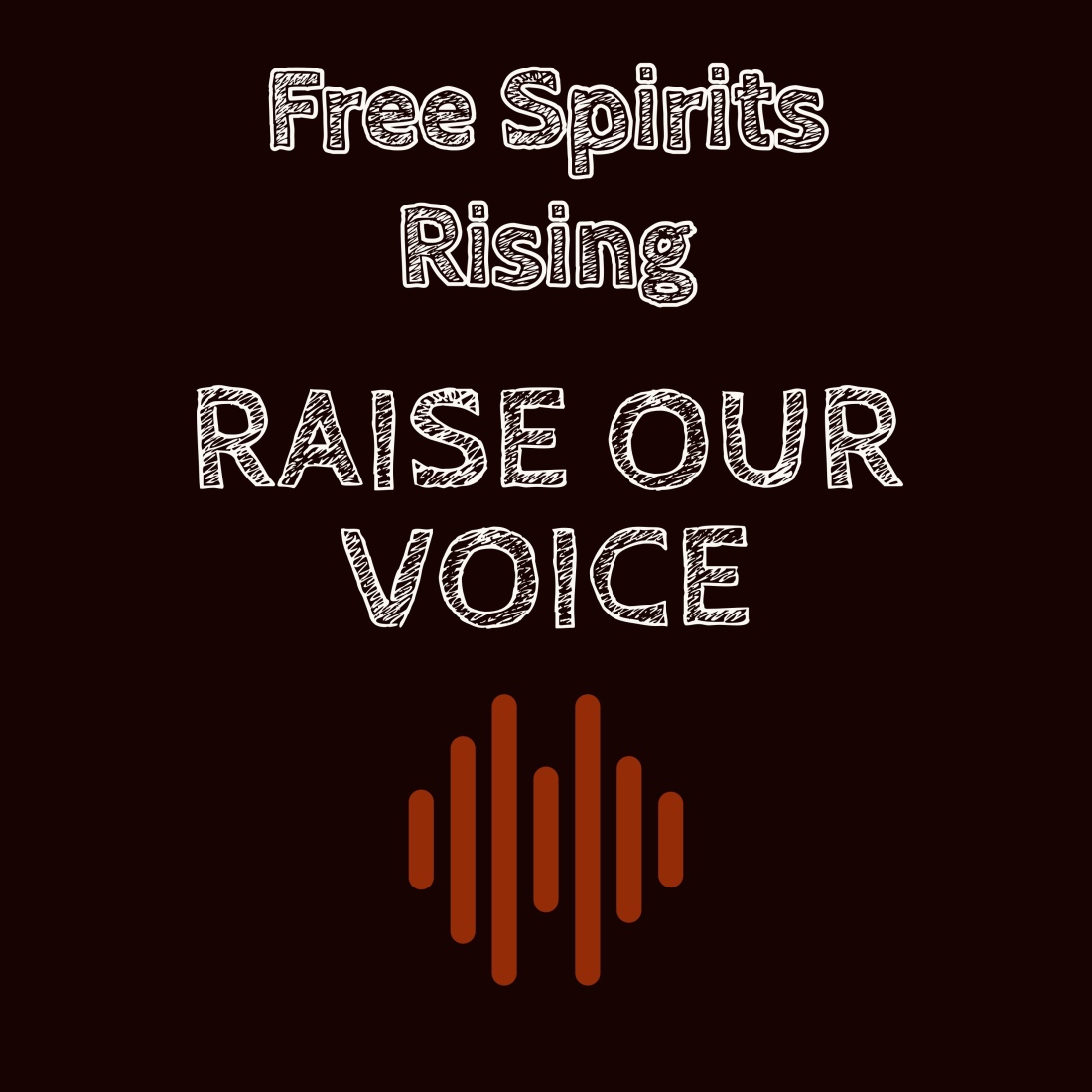 Here is the SPOTIFY link

The first draft of the song was written on November 15th, 2015 after the Paris terror attacks. In that attack, certain sections of Paris were hit and a live venue called the Bataclan Theatre, while people were attending a rock concert. Every single person who was affected was out and about doing what they love, free to express their thoughts and ideas.

The lyrics in the first draft went like this;

“Someone decided, to put a battlefield in the streets of Paris, and there is blood everywhere.

It looks like our free world, is going to get a little bit more restricted, and it seems these dark days, just don’t want to go away.

Our leaders made up, weapons of mass destruction, that took out dictators, to settle old scores and what came after was so much worse.

Someone decided, to put a battlefield in the streets of Paris, and there are bodies everywhere.”

But as the song kept on growing and as I kept on adding more music, the lyrics kept on changing. At one stage the song was just short of 6 minutes in length, until a final edit made the song the 4 minute version released.

These are the days our lives change, Where we see beliefs collide, And city streets, Will never be the same

Our faith in institutions is what brings us to these dark times. Everyone believes they are the good guy, doing the good work.

Into a sea of uncertainty, Another lesson learned in life, And our free world, Will never be the same

With every incident in major cities, there are people in Government who push an agenda that resembles the rule of law of dictatorships.

Spying on your own people and removing Privacy protections are features of dictatorships. And companies benefit from this, making profits from illegal activities.

And that bothers me, because our free world, ceases to be free.

And when you have institutions trying to control peoples view points and ideas which are different to theirs, well, that’s how dictatorships start, because in dictatorships, it’s okay to silence others who don’t agree with them.

The struggle of life remains, As we start to see the world, Through hardened eyes, With no end in sight

Bad news starts to become the norm. We have outrage for a day or two, and after a week, its old news, replaced by a new school shooting, a plane going down, a tornado/cyclone making landfall or fires burning out of control.

A river of fear runs through, The streets of the city tonight, And these dark days, Will never go away

Sometimes those days of fear linger longer than they should because people push their own agendas, promoting their own self-interest or the interest of a corporation who is silently bankrolling them, instead of focusing on the root cause of the problem.

AND THE SUN GOES ON SHINING,

AS WE STAND TALL FOR OUR WAY OF LIFE,

AND OUR HEARTS GO ON BEATING,

RAISE OUR VOICE FOR FREE CHOICE

The most powerful weapon in the world is a person’s voice. Together, billions of voices can make change happen. Leaders can’t deny them and Governments cannot stop them without resorting to violence. And our dreams of a future keeps us going from the one day to the next.

Across the world, We have grown up knowing, What it means to have terror, Touch our lives

Children born in the 2000’s wouldn’t know a world without a constant stream of news showing humans at their worst.

Our way of life, Is scared of what’s coming, Who can we trust these days, That isn’t on the take

We exercise our democratic right and vote in politicians with the belief that they will work for the people who voted them in. Instead, they work for the company which supported their campaign and the agenda the business entity wants to push. And people should care about this, and be upset, but they

It’s time to scream, Our movement is rising, Adapt to what is known, Is how we grow

Adapt is what we do, for without struggle there is no progress.

It ends right now, Time is over for talking, We are taking up arms, And fighting back

OUR WEAPONS ARE “THE WAY WE CHOOSE TO LIVE”,

FREEDOM OF THOUGHT, FREEDOM TO LOVE,

OUR WEAPONS ARE “THE WAY WE CHOOSE TO LIVE”,

FREEDOM TO CREATE WHAT WE WANT

It’s how I see life. I should be free to think and decide and love what I want. And I will not let terror, religion or greedy politicians on the payroll of corporations take away my rights.

FOR WHAT WILL WE RISK OUR LIVES TO DEFEND

The work we do every day, the connections we make, the memories and stories we create, gives us the ability to make an impact more than we expected.

Freedom of thought, freedom to love and freedom to create what we want.

Here are some photos of the lyric sheets; 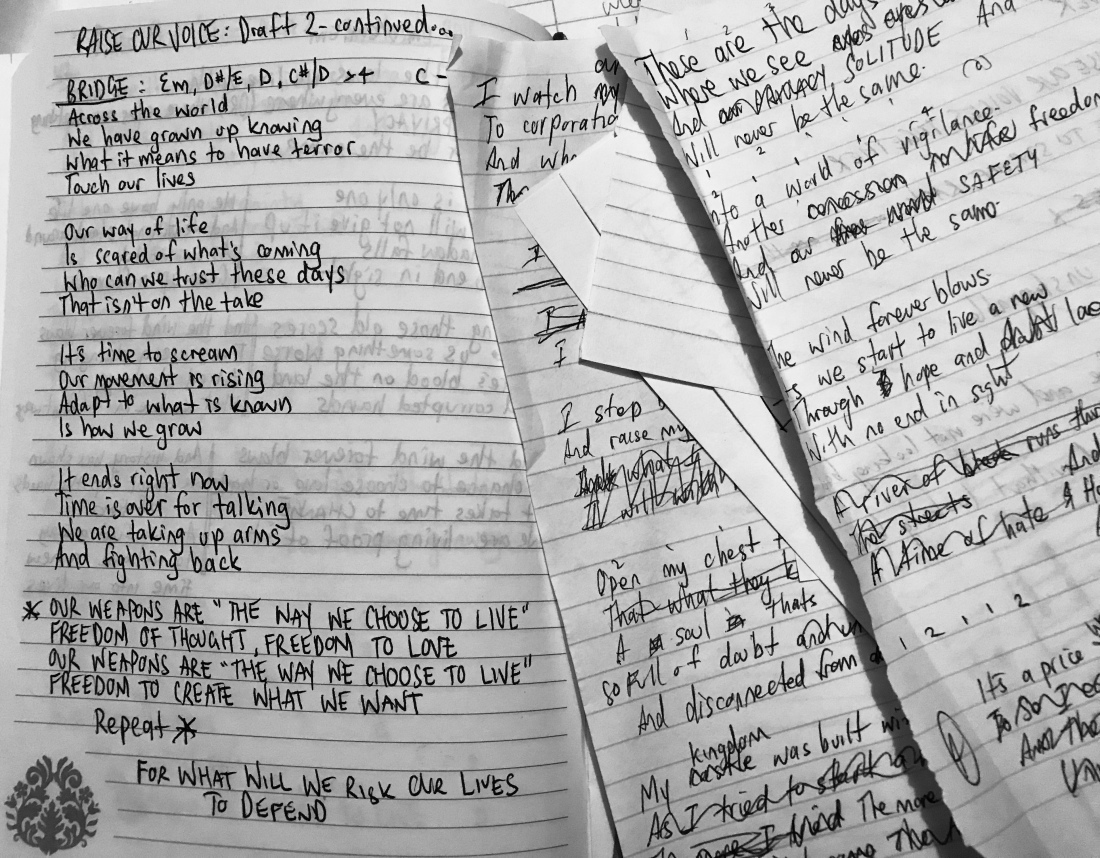 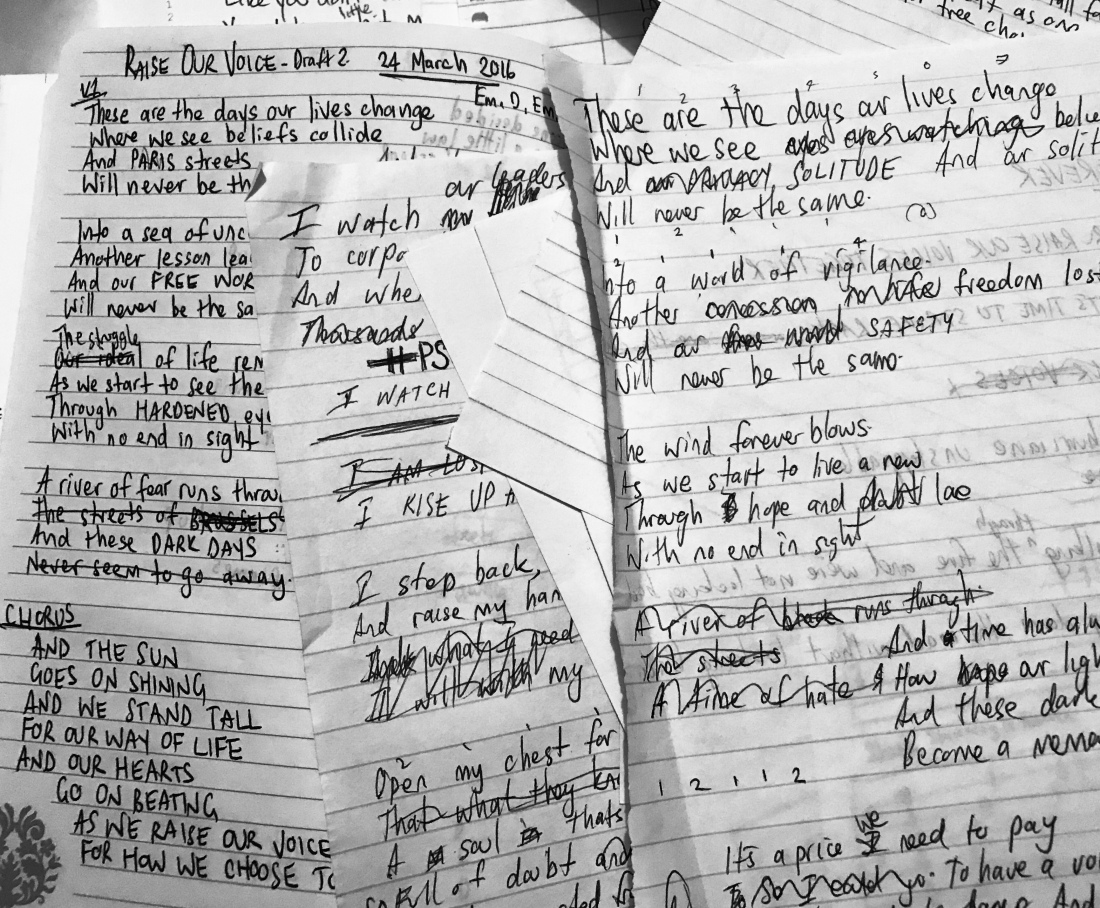 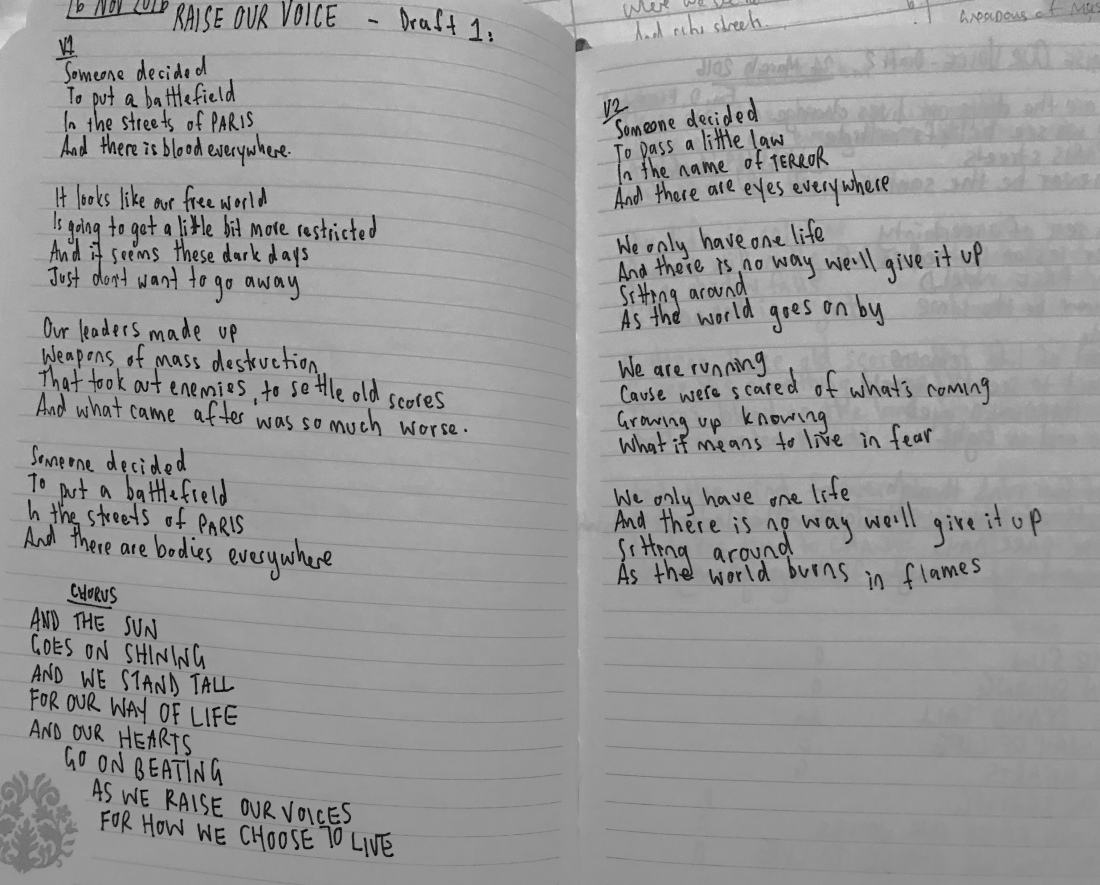 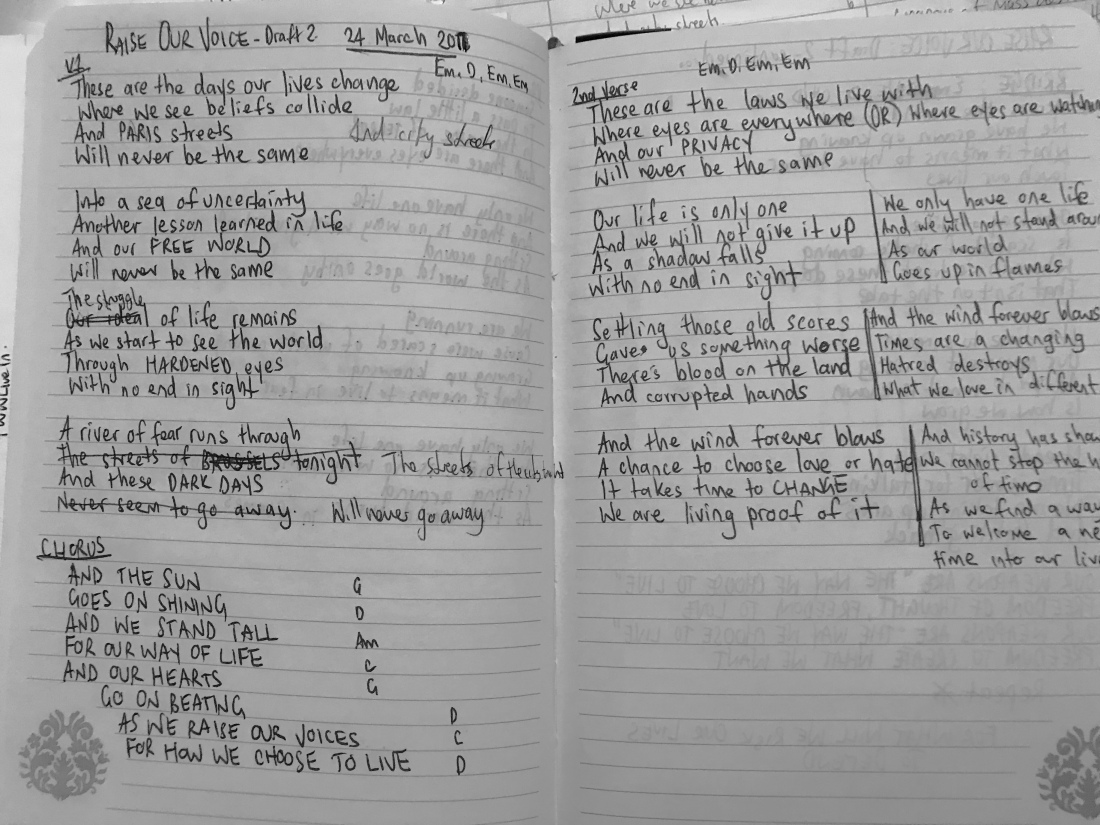 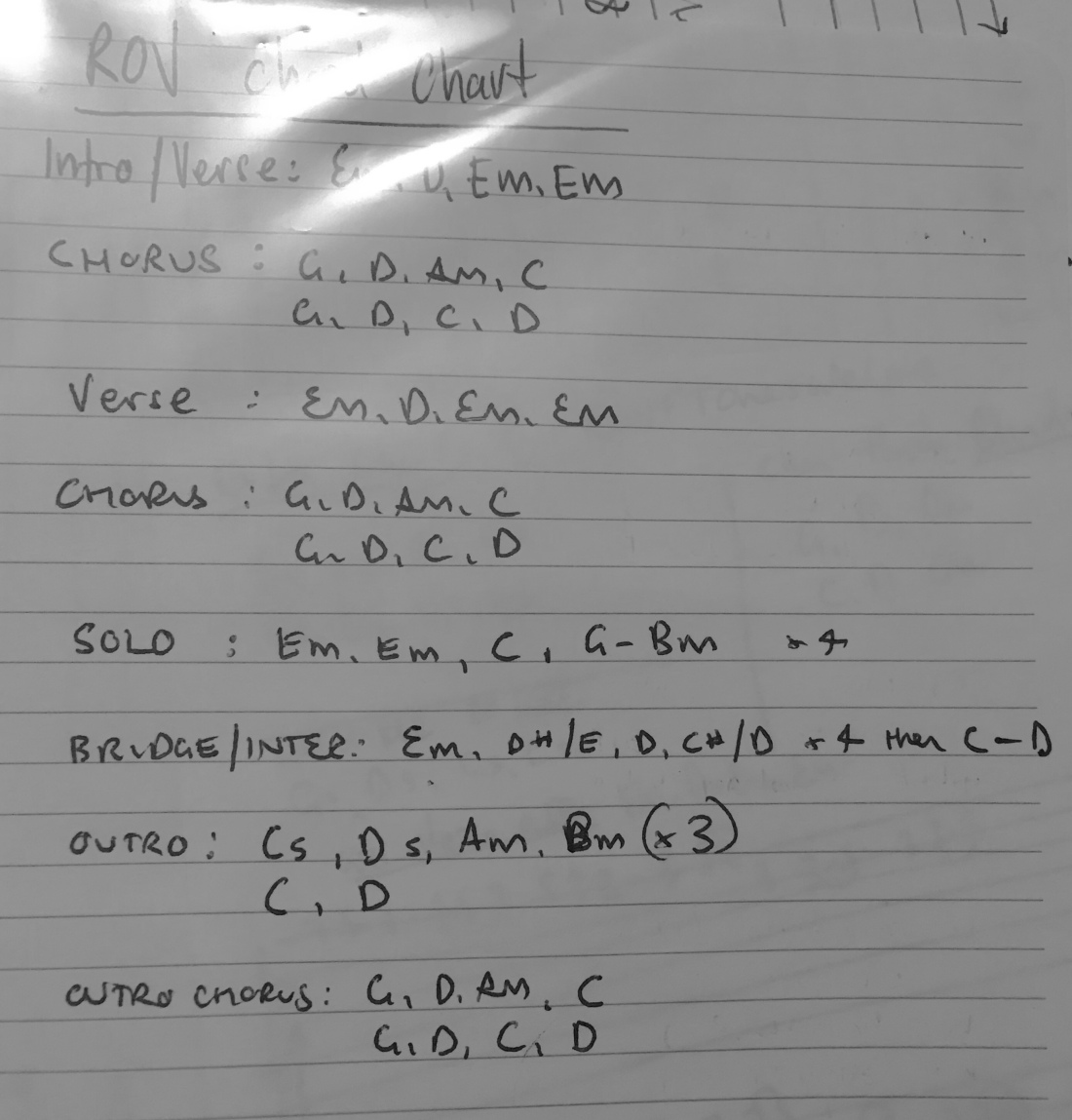 View all posts by freespiritsrisingmusic